A creative deviation in this post office's design was once a source of controversy. 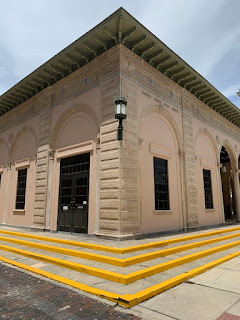 Florida's love affair with Mediterranean Revival-style architecture is evident in buildings throughout the state. Several can be found in St. Petersburg and include buildings such as the Vinoy Hotel, The Princess Martha Hotel, St. Mary’s Church, and Comfort Station One. This style also extends to a post office located at the corner of 1st Ave North and 4th Street North.

The post office has been a functional landmark in continuous operation since 1916. In 1975, it was added to the National Register of Historic Places. 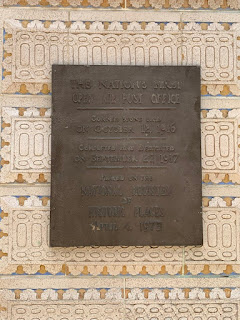 But, according to at least one article in the local Green Bench Monthly, there’s more to the story.

According to the article, in 1907, St. Petersburg Post Master Roy S. Hanna recommended that the facade be left off the post office. It was his belief that this would improve accessibility, and allow residents to get their mail day or night.

The federal postal authorities, however, had a different opinion and refused to pay rent based on the design. Eventually, they relented and resumed rent payments only after a postmasters’ convention held a few months later in St. Petersburg. During the event, government officials approved the design as an appropriate adaptation for the needs of the city. 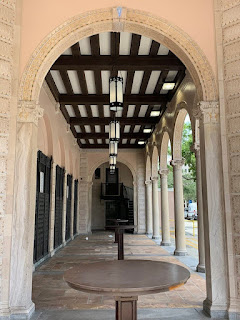 Eventually outgrowing its original open-air location, the post office briefly moved to the first floor of city hall while Congress approved funds for the full-service post office. For more than a century, it has continued to serve the city with a distinctly Floridian style, complete with several Renaissance elements.

Near the rear of the building is a small postal museum, which includes an old leather mailbag, postcards, and a postal money order purchased by none other than John C. Williams, the founder of St. Petersburg.
Posted by Joshua at 9:45 AM