Previously, I shared seven quotes that came to the surface as I sifted through my memories and personal experiences. I have since continued to explore and recall phrases and sayings that somewhere or another became lodged in my mind and, for one reason or another, impacted me. I've decided to present there here in reverse chronological order, from newest to oldest in terms of when I first remember encountering them.

"We shall not cease from exploration, and the end of all our exploring will be to arrive where we started and know the place for the first time."
This is a more recent discovery, from T.S. Eliot's Four Quartets. It is only the first couple lines of the full stanza, which is, for me, deeply connected to my current literary endeavors, as truly all of my writing and exploration seems to be leading me to finally know for the first time all of the places I've been before. Even though it's only been within the past few years that I recall ever stumbling across this, it resonates with me and seems like it has been, somehow, a part of my consciousness for much longer. Like a tune you hum to yourself without realizing it's something you first heard decades ago and barely registered at the time, but has remained with you all the same.

“Luck Is What Happens When Preparation Meets Opportunity."
As with the T.S. Eliot Quote, it seems that this phrase has been rattling around in my head for much longer than it really has. The first time I'm sure I became aware of it was when I left my job in the corporate world for good, to launch my art rental business, Chicago Art Leasing. At the time, I remember a fellow entrepreneur sharing the phrase with me, as it applied to both of our endeavors at the time. Without realizing it, we had been building up the skill set to solve our own specific problems with a niche offering. Ultimately I left Chicago and let the business slip into stasis, but the phrase could apply equally to my more recent experience writing "Secret Tampa Bay: A Guide to the Weird, Wonderful and Obscure." It was something that I had been doing, visiting and writing about strange, unusual and unique places, before I realized that it was the making of a potential books. It's also possible that my father, who was an entrepreneur and pioneer in the clinical research industry, shared this quote with me when I was a child or teenager. It certainly sounds like the type of thing he would have imparted to me, but I can't be sure.

“In darkness dwells the people which knows its annals not."
This one clearly is from my Sophomore year as an undergraduate at the University of Michigan in Ann Arbor. It is one of two quotes cared into the front of the William L. Clements Library, which I don't think I ever once entered, ironically. I did, however, have to memorize this and other quotes around the campus during my semester pledging Sigma Phi. As a seeker of knowledge, even back then, it was a reminder of the illumination and insight provided by libraries, archives and other places I've spent a good bit of time in since.

"No matter where you go, there you are."
This one takes me back to my early teen and even pre-teen years. It was just a line in the movie, The Adventures of Buckaroo Banzai Across the Eighth Dimension, which I watched at least a dozen times with my friend Steven. I think I spent an entire summer making that my response to just about everything. And while it was intended to be just a silly bit of dialog in a weird movie, I have found it to be surprising profound. When I moved to Seattle after college, which was just about as far as I could get from my point of origin, perhaps it was some part of myself I was looking to escape from. But I found then, as I have other times since, that you take you with you, wherever you go. Thankfully, being my own baggage seems today not so much like the burden it once did - I'm no longer running from myself and have, I think, made peace with my many flaws. But I also carry with me now not only myself, but those I've lost along the way - both metaphorically and literally. It was for this reason that I chose to use a variation of the quote in the dedication for my book.

I am sure that there are other phrases waiting to be uncovered as I continue the autoarchaeological dig that this blog has become for me. Perhaps there's some personal Rosetta Stone yet waiting to be found, that will translate and unify all such phrases as part of one single text. Maybe, once I've deciphered the cuneiform of my own experience, I'll find that I had the words out of sequence and old phrases will reveal some hidden meaning. A new tradition of refreshing the written record, perhaps.

Posted by Joshua at 9:27 PM No comments:

The last time I had been to Atlanta was when I was writing business proposals for a family of consulting firms that included Proudfoot Consulting, more than a decade ago. When I visited the firm there, all I really saw was the inside of a conference room, a no frills hotel room and a strip club. Suffice it to say, this trip was of a very different nature. From the urban farm bed and breakfast that Jen found for us to the Midtown Music Festival that I procured tickets for, to the museums, art and offbeat sites, Atlanta vastly outperformed our expectations. It may not have ranked quite as high as Savannah, but still we loved it and we left more than enough on the table for future trips. 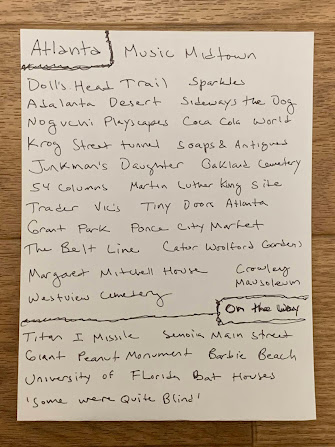 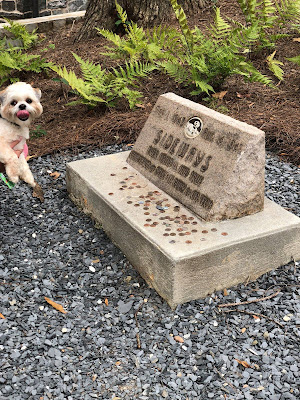 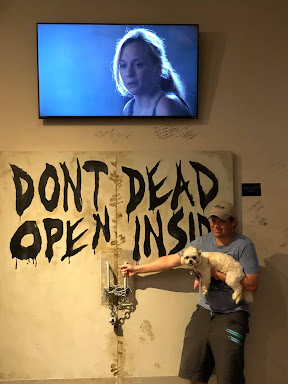 Posted by Joshua at 7:11 AM No comments:

"I've seen things you people wouldn't believe. Attack ships on fire off the shoulder of Orion. I watched C-beams glitter in the dark near the Tannhäuser Gate. All those moments will be lost in time, like tears in rain" - Roy Batty (played by Rutger Hauer) in Bladerunner

It's a problem with trying to capture one's personal history that it continues to happen, sometimes far faster than the pen can keep pace with. It reminds me of that unsettling movie effect where a hallway seems to elongate before you. Our world keeps changing; my personal world along with it (and sometimes against it). I started out wanting to tell the story of two awkward kids who became friends and spent their days creating their own world together rather than trying to fit into the one that didn't seem all that interested in having them. I wanted to tell the story of my friend Steven, and I feel that thread slipping through my fingers.

Those moments are getting lost in time. Riding together to Blue Bell Day Camp in the back of a packed car, listening as "That's All" by Genesis or "Always Something There to Remind Me" by Naked Eyes came on the radio while we laughed at our driver's dirty jokes. Sitting on log benches and listening to Burt the science counselor tell spooky stories and somehow transcended his nerdiness to become "cool" for just as long as his tales lasted. Watching Blade Runner, The Thing, Eddie and the Cruisers, and Buckaroo Banzai again and again and again.

I can feel those things slipping by and past me, like photos being plucked form an album by the wind from the deck of a boat and coming to land for a moment on the surface of the water before drifting down into the depths.

Procuring matching key chain switchblades (the blades being all of an inch long) from the back of a voodoo shop together on South Street after browsing through the assortment of punk rock tee shirts at Zipperheads and grabbing a cheese steak from Inky's. Playing computer and first generation Nintendo games until our eyes were dried out and bloodshot. Reading Tolkein riddles and comic books.

There's more. I'm almost there, but I need to keep hold of the loose thread, before it unravels entirely, taking that part of me along with it. I know I can't quite reach that point in my past anymore than an asymptote can ever connect with the line it leans infinitely towards, but I can keep getting closer to it. That thread, that story of who I was, is also the story of how I got to be who I am now. As it is for all of us.

Stick with me, and I'll pull it all together soon, I promise. A picture is even now emerging from the scattered puzzle pieces, and I'll get us to that mystery at the heart of things, before it's all washed away.

Posted by Joshua at 5:10 AM No comments: 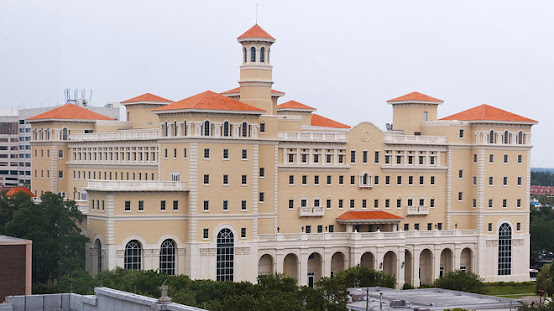 Posted by Joshua at 9:45 AM No comments: