Locals place their offerings on this nightmarish gnarled tree so the witches won't summon another storm.

If you’ve walked past the corner of Sixth Street and Park Ave in Louisville, you’ve probably seen what can only be described as a natural monstrosity—a tree so knotted, tortured, and misshapen that it could easily serve as a portal to the underworld in a Tim Burton film. 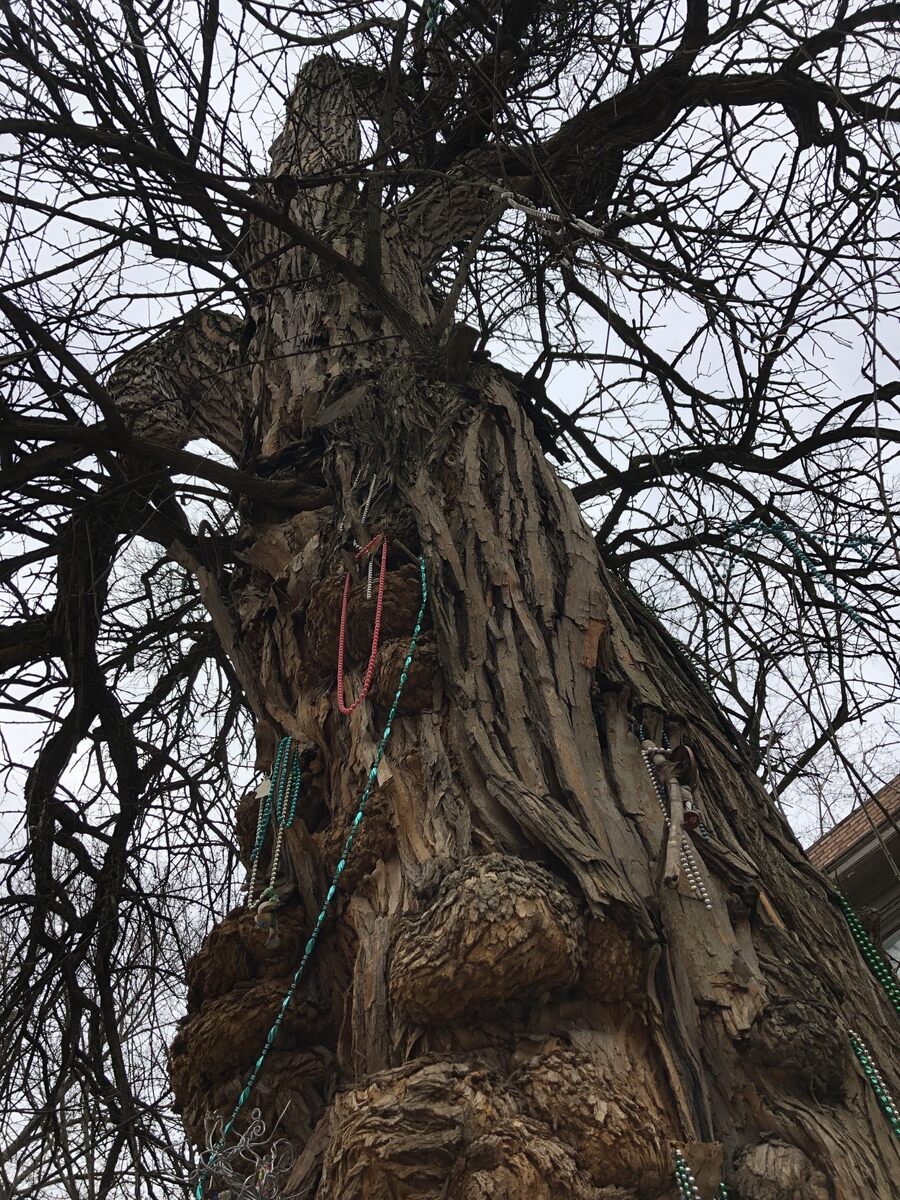 Even if the tree didn’t resemble something from a nightmare landscape, all of the trinkets, baubles, and bead necklaces hanging from the branches would make it impossible to miss. They were placed there by locals to appease the vengeful witches.

According to local lore, in the late 19th century, this tree was the gathering place for a coven of witches. There they performed their ceremonies and generally didn’t create too much of a nuisance. Until, that is, a city planning committee decided to remove the tree ahead of the annual May Day celebration. 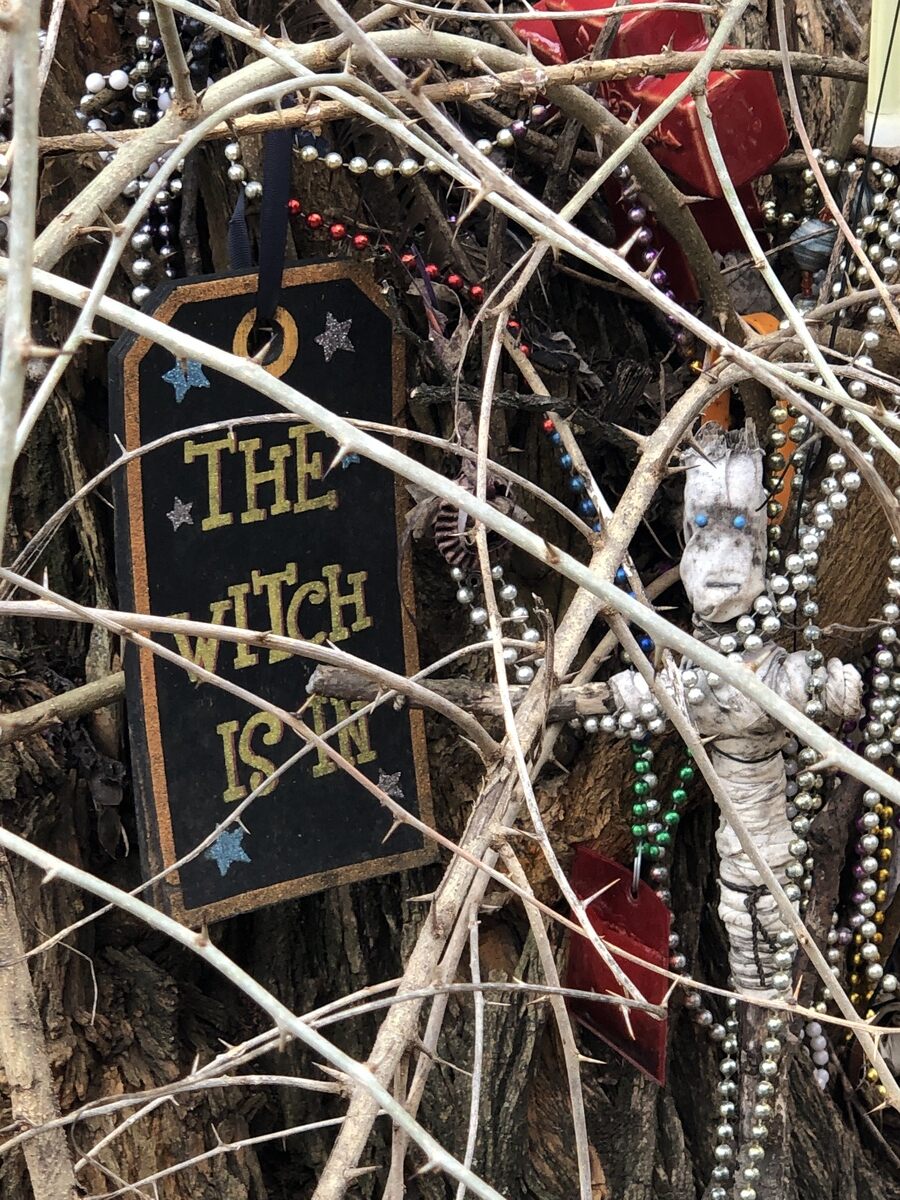 This displeased the witches greatly. So much so, they cast a curse. And exactly 11 months to the day after the tree was cut down, the city suffered a storm so severe that it was generally assumed that the witches had made good on their curse and summoned a storm demon. During the storm, lightning struck the stump of the old witches tree and a new tree began growing there. Not a healthy, happy tree, but rather the otherworldly thing that stands there now.

Whether there’s any truth to the tale or not, it appears that the community has decided to err on the side of caution and leave small tributes on and around the tree to keep on the witches’ good side. 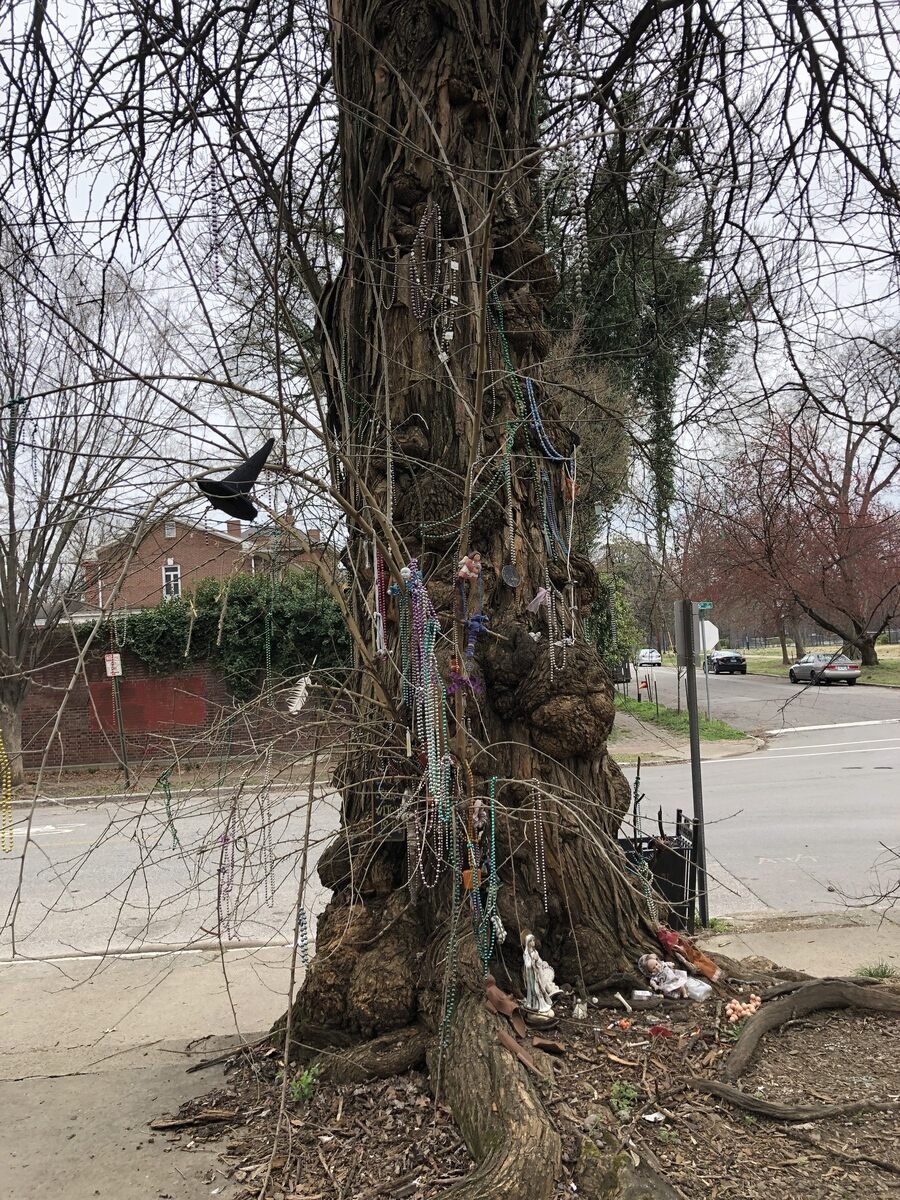 Posted by Joshua at 3:15 PM No comments:

This is a much older piece, a decade at least, but I think it's relevant to our current, shared trajectory. It's something I've felt often and in different ways in my travels and explorations over the past few years, and it's something I know I'll feel again. A sense, perhaps, that I'm on the right track.

“What do you mean?” she asked without taking her brown eyes off the sky.

“Anticipatory nostalgia,” I repeated, doing my best as a teenager to sound wise. It was something I’d thought of earlier that day in the car with her and her friends. “There’s probably some multi-syllabic German word for it…” I’d been reading Milan Kundera at the time and he always seemed to be able to find just such a word. Even though of course he was Czech rather than German.

“But it just means I’m looking forward to remembering the moment we’re in right now.”

I could see her breath rise and disperse like miniature clouds. It was cold, maybe November, and we were lying in her back yard looking up at the sky, waiting for the first shooting stars that were supposed to occur around 11:40 pm, Central Time. I remember there being somehow both snow on the ground and the smell of fresh-mowed suburban grass. I was bundled up, wearing a burgundy scarf that she and her family had given me as a Chanukah gift the week before. The fabric scratched and irritated my neck, but I didn’t really care. There weren’t that many truly perfect moments up to that time in my life. Thankfully I’ve had more since then and more yet to come, I hope.

I could smell the frozen Michigan air, stinging my nostrils as we lay on the ground, looking upwards. The radio was playing from just inside the kitchen off the porch. It was “Don’t Dream it’s Over,” by Crowded House.

“It’s like listening to this song,” I said. “I know I haven’t really lost anything yet, but also know that I will. I somehow identify with the lyrics, with the music, it’s emotional but it’s about an emotion I’m not really familiar with yet. But I know I will be, one day. So I’m sort of nostalgic for the way that the song will make me feel sometime way out in the future when we listen to it. Does that make sense?”

She thought about it for a moment and then said no. And then she covered my mouth with her balmed lips and enveloped me in Altoid mint-scented warmth as the meteorites started to burn up in the atmosphere above us.

Looking back I got it part right, which I suppose means that I also got it part wrong. I do reflect on it years later, and I do feel a shadowy nostalgia when I hear that song. But it doesn’t mean what it did then or since then. It’s been infused and layered over so many times with other experiences. There were times when I thought back on it alone and it stung tears from my eyes. There were other times when I thought back on it from a place of contentment and it made me smile. And it’s not the one that I remember being with, with whom I remember it now. But those are just details for the editorial department of the heart.

Now it’s changed once again. The nostalgia that I once anticipated has occurred and has itself become a memory. It grows cooler as I grow more distant from it. It's faded now to being the emotional equivalent of having forgotten something you misplaced and only remembering that it was something of great personal value. You know, that gnawing sense that there’s something you should be remembering.

There’s probably some multi-syllabic German word for that too.