Exploring the Future: Journey to the Shrine of the Mouse God

Journey to the Shrine of the Mouse God

“Well,” Glen said gleefully after scanning the oxygen levels in Jeth’s blood, “looks like it’s time for another trip down.”

Jeth zipped up his dive suite, activated the automatic compression and suction functions and then plunged into the water behind Glen, who had as little need for a suit as he did for a cooling off period between dives. While not by nature given to contemplating other possible futures, as Jeth watched Glen’s webbed hands and feet propel him effortlessly through the water, Jeth couldn’t help wonder what it might have been like to have chosen a career as a diver and been fitted with the same top of the line genetic mods as Glen – gills, salinity monitors and filtration, temperature regulation, and most noticeably, the detachable dorsal fin connected to his T7 vertebrae. But Jeth had chosen for his primary the path of an objective reporter, so all his mods (also top of the line) were related to storing, editing and transmitting data. Considerably less sexy, he frowned. As they sank into the lightless depths Jeth pondered the possibility that his fascination was bordering into something else – envy perhaps?

As they made their way lower the beams of artificial light revealed various ruined structures, the curves and loops of corroded and barnacle encrusted steel. The skeletons of civilization, from the first global era.

“As you can see,” Glen projected through his Psy Comm, “This was clearly a structure of some importance and prominence.” He gestured towards the ruined spires of a castle, which seemed impractical for either defense or occupation.

They swam in silence for a bit until they came upon a massive dome that looked like the cracked egg of some sea creature.

“What, exactly, was this place?” Jeth projected back.

“First era religious site, near as anyone can tell. Families from all countries would take their children here on a pilgrimage to the palace of the mouse god.”

“But I thought most first era religions, certainly all of those practiced in the former Union, were monotheistic?”

“Ahh,” Greg responded, “precisely why this site is so… fascinating. While they were primarily monotheistic, it appears that there were dozens of minor pantheons. You’ve got the epic heroic literature, of course, the bat, the spider, the iron suit, and so forth. But here you have a massive complex – multiple complexes, actually, devoted to an entirely different set of animistic deities.”

Jeth gathered as much information as he could – from the temperature of the water to the depths to the chemical composition and map of the structures. He tried briefly to imagine what it would have been like when it was dry and traffic consisted of petromobiles rather than schools of fish.

Jeth took his time, knowing that the window was quickly closing. Once the storms set in, it would be at least another nine months, if he was lucky, before he’d be able to explore the area again. Once he’d had his fill, he projected to Glenn. “Let’s head up, I want to parse this.”

Posted by Joshua at 7:10 PM No comments:

“… so the only real question, the most critical question…,” Don leaned in close, almost conspiratorially, for emphasis, “is do you choose to taste the Strawberries?”

I should back up from the table at Cava Java in Ann Arbor some twenty some years ago, where I was meeting for an independent study project on existential literature with my mentor and friend Don. He was the last in a long chain of sympathetic and philosophically aligned instructors and professors, each one directing me to the next like stops along some sort of underground railroad towards a degree.

The question he posed about the strawberries though, that was the key for him. I could tell by the way his dark eyes gleamed. It cast light on Don himself, who was maybe in his mid 30's at the time - younger than I am today. As an avowed hedonist, Don's answer to the dilemma he presented was fairly simple to discern. That theoretical dilemma went something like this:

Imagine for a moment that you’re camping somewhere remote. Suddenly, a tiger comes out of nowhere, sees you and starts to charge. It’s herding you up a steep incline and at the very top, there’s a sheer drop. You climb over the ledge and hold onto a handful of roots growing out of the side of the cliff face, but your hands start to slip and the roots are brittle. It won’t hold you for long.

At the bottom of the cliff happens to be a snarling, fire-breathing dragon, waiting to devour you the moment you slip. No way up and no way down. You’re doomed, with minutes, maybe just seconds left. Yet from the side of the cliff there’s a patch of wild strawberries growing. They’re perfectly ripe and ready for plucking.

So with the few remaining moments you have, do you savor the sweetness of the strawberries?

That’s Don’s dilemma, quite possibly his last and most enduring gift to me (although, to be accurate, it didn't actually originate with him - it's a zen story/meditation popularized by D.T. Suzuki). After more than a decade, I’ve come back to it time and time again, turning it over endlessly in the palm of my mind’s hand, like a rare coin.

My first reaction was no, of course not. Denial. I’d try to figure out some way out. There has to be a solution, right? I’d dig my fingers into some kind of a hold, I’d find a way to hang on longer. I’d struggle. I’d fight it tooth and nail. Like James T. Kirk, I’d bend the rules if I had to and find some way out of the Kobayashi Maru. 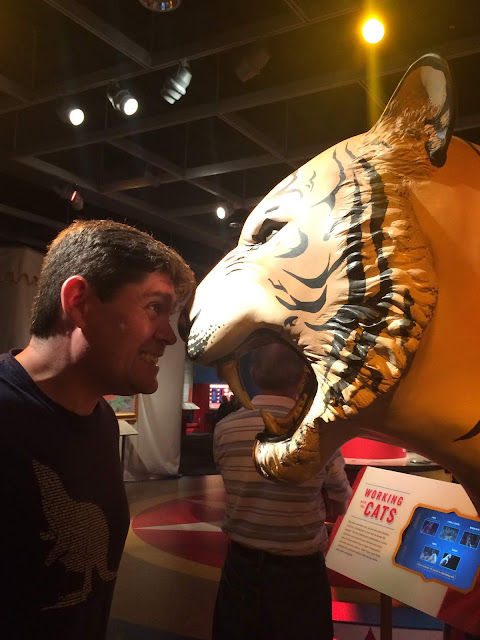 But that was a young man’s reaction, and while that person may still be standing over a philosophical cliff somewhere, the person I am now left that whole continent a long time ago. I've long since consumed enough bitterness to appreciate the value of the sweetness of a wild strawberry.

So resignation then? There were times when I thought, sure, why not? Enjoy the little time remaining and maybe even get a laugh at the absurdity of it. Enjoy the simple and unexpected pleasure before you instead of squandering those last moments trying to avoid the inevitable? No escape, but hey, here’s a patch of strawberries for you. That was Don’s answer, of course. To go proudly off into the next world, mouth stuffed to overflowing with the sticky sweetness.

It took me a long while to find my own answer, but I have it now. I know exactly what I would do with whatever time was left to me. It would be, of course, that one thing I always come back to. The only thing in my universe over which I've ever had complete control.

I’d grab a bunch of those strawberries and squeeze the juice from them until I had enough makeshift ink. And then I’d write something.

Posted by Joshua at 9:28 AM No comments: