The Metaphysics of Storytelling, Part 2

“We become what we behold.” – William Blake, Jerusalem: The Emanation of the Giant Albion

The nearer I get to the publication of “Secret Tampa Bay: A Guide to the Weird, Wonderful and Obscure,” the less certain, in some ways, I am of exactly what it is that I’ve created. Before I delve deeper into what I mean by that, I first need to explain the sort of storyteller I’ve become. As a professional writer, I have focused on telling a certain type of niche story over the past decade – specifically those stories which effect change in the world. This falls into two primary categories: business proposals and resumes.

Regarding the former, I craft and assemble cohesive and (ideally) compelling stories from data, from bios, from case studies, and weave a tale of why the particular firm I’m writing for is best suited to conduct the type of work being sought. In my experience this has ranged from performing Phase I – IV clinical research studies to uncovering and increasing operational efficiency to conducting audits and tax compliance and financial advisory work. The desired outcome of these stories is that whatever company I’m writing on behalf of is selected for the next competitive round, typically a presentation or “bid defense” if you like. From this round usually a winner is selected. The story I craft is unlikely to close the deal on its own, but it is an essential step in reaching that eventual goal.

Regarding the latter, in developing a resume for a client, I am similarly taking their experience and shaping it towards where they wish to be next, in terms of their career. As with the proposals I create, the resume usually represents just the first of several hoops or gates that an applicant or job seeker must pass through. Typically the next step is an interview, or series of interviews, in which the final determination of suitability will be made. I like to think that this makes me something of a “populist spin doctor,” accessible to all and using the same language I’ve learned in the corporate world to the benefit of single parents, veterans, recent graduates and others.

In both of these examples though, my stories become a step toward making tangible change. They escape the confines of their word documents or PowerPoint slide decks and drive decision-making among corporate executives and hiring managers. And they influence the fate of companies and individuals seeking to obtain new work.

With the book, I’ve now added a third type of non-traditional storytelling style to my bag of tricks. Strange, unusual and offbeat travel. But having over the last few years gathered a book’s worth of such content, I’m finding that what I’ve created has more layers to it than I first suspected. At the highest and most simple, obvious level, it’s a collection of detailed descriptions of odd, wondrous, memorable and sometimes hidden places that I’ve sought out so as to give residents and visitors to the area something to experience beyond the standard, manufactured vacation memories of the big theme parks and beaches (which is not to say that there’s anything wrong with that type of travel or experience, only that some may find themselves seeking something more substantive and less predictable).

Peeling back the metaphorical onion skin reveals another level though. One that is much more personal. Even though I was careful to use the “business style of writing” in which everything is presented in third person, there’s no escaping that the collection of vignettes I’ve assembled is very much autobiographical. These are the places that I have sought out and visited and researched. These are the ones I chose to include over a great many others. And the underlying reason as to why I have chosen some in favor of others, is also deeply subjective. Namely, I searched for and wrote about and selected those places that seemed most infused with the sort of awe and childhood magic that I shared with my dear departed friend to whom the work is dedicated.

And now I find myself wondering if there isn’t, perhaps, a deeper layer still. Just as the other forms of storytelling have a tangible impact (however great or minuscule) on the world, is it possible that my work in chasing, documenting, capturing and preserving the otherworldly and magical in a lingual display case also alters, if not the world itself than at least our perception of it? Consider this – let’s say there is a certain manhole cover in the road that you pass as you go on a walk each day. Now, a manhole cover for most of us isn’t interesting in the least, just a circular disk of metal that, quite sensibly, prevents one from plummeting into the darkness and injuring themselves. But suppose I revealed to you that the manhole cover you scarcely notice as you walk past or over it, has a unique and amazing history. Maybe it was made of metal melted down from one of the cannons aboard a ship belonging to none other than Edward Teach. Suddenly that rather boring disk of metal is infused with meaning and history – connecting you directly to one of the most infamous pirate captains of all time. And when you pass by, you now take notice. Even though nothing about the physical object has changed in any discernible way, what you now see when you look at it has been forever altered by this new information you have become privy to… by a story.

If that is the case, than is this book I’ve been working to bring forth really just a collection of travel suggestions for curiosity seekers, or can it be viewed as something else entirely? There’s a term for stories or phrases that change the world around us (or our relationship to it). We call these invocations, incantations, spells. And so, a compendium of such arcane and esoteric tidbits, can that really be called merely a quirky local travel guide?

Or would it be just as accurate to call it a grimoire? 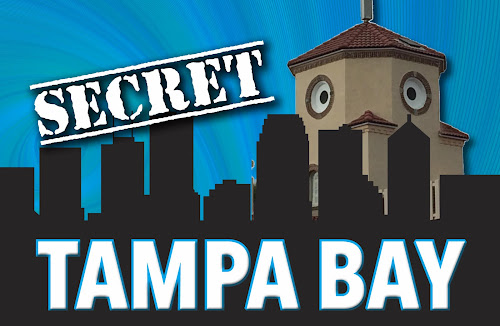