This is another chapter from Secret Tampa Bay that didn't make it into the final draft. It was right on the far southern edge of what I could legitimately consider the Tampa Bay Area. But it's well worth visiting for the amazing gardens, the native american burial mounds, and, for me at least, its unexpected connection to Chicago.

Where in Florida can you enjoy a cup of tea among ancient earthworks and formal gardens?

There is truly an abundance to discover at the thirty-acre nature complex and museum situated at the southern end of Sarasota. Its history stretches back nearly six thousand years in the form of the Hill Cottage Midden, which is exceptionally well preserved and possibly one of the oldest in Florida. There are two more burial mounds created between 3,200 – 1,000 years ago. Atop each of these burial mounds, gator skeletons were discovered. Presumably they were placed there as guardians, but whether their function was to protect the dead from the living, or the living from the dead, remains a subject of speculation. 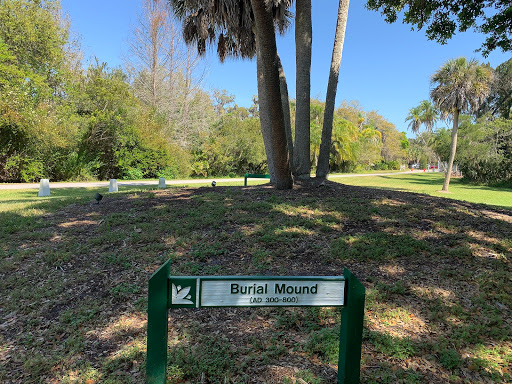 The prehistoric inhabitants were long gone by 1867, when John Greene Webb and his family settled on what he named Spanish Point. They set up a home; cultivated citrus, sugar cane, and vegetables; and built a packing house along with a ten-ton schooner called Vision. They invited friends and family to visit, thus establishing the area’s first tourist resort. In the early 1900's the family began selling off some of the land, which by this time also included a small pioneer cemetery and Mary’s Chapel.

One of those new landowners was none other than wealthy Chicago hotel heiress Bertha Palmer. In 1910 she purchased thousands of acres in Sarasota, including the Webb homestead, as part of her estate, Osprey Point. She preserved and connected the pioneer buildings with lavish formal gardens. The classical columns sprouting from the bougainvillea and the aqueduct, which winds through the tropical foliage, remain there today. 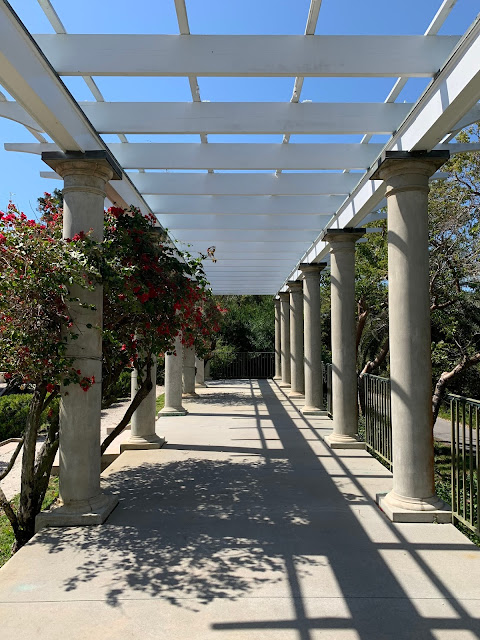 While the site is popular for private events and weddings, it also hosts a variety of other interesting activities, including a regular Tea with Bertha series, a moonlight ghost tour, a Victorian funeral reenactment, and the annual Fairy and Gnome House Festival.

In 1976 Historic Spanish Point became the first site in Sarasota County listed on the National Register of Historic Places.